This week’s Dynamite comes from an undisclosed location and is the first show since last Dynamite on April 29th. This will be a live show rather than a taped one.

Announced for this week:

This will be Matt Hardy’s first match in AEW. He made his debut a few weeks ago but travel restrictions stopped him from having a match. That ends tonight with Hardy teaming up with Kenny Omega against Le Sex Gods (Sammy Guevara and Chris Jericho) in a street fight. 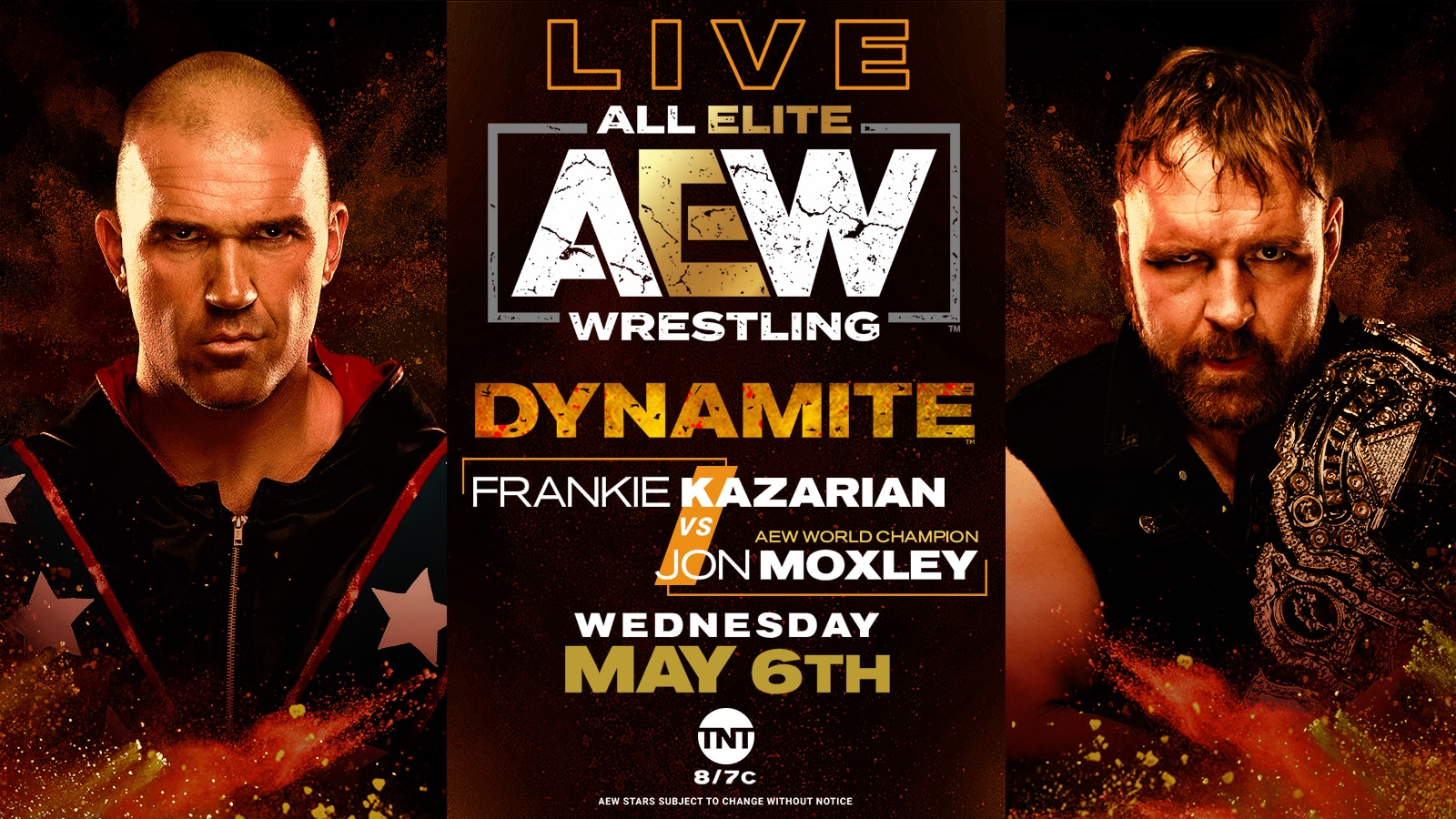 Jon Moxley said he came to AEW to dominate, and that’s what he seems to have been doing so far. He’s never lost in singles competition and he’s demolished everyone who stepped up to the plate. Kenny Omega, Darby Allin, Joey Janela, Chris Jericho, Jake Hager, Pac… he’s beat them all. Frankie Kazarian is definitely the underdog here in his first singles match in AEW. We’ve seen from Jon Moxley and Joey Janela’s unsanctioned match at Fyter Fest that Joey Janela is one of the toughest guys in the business. We’ve also seen from MJF’s stipulations that Cody underwent that he is also one of the toughest guys in the business. Cody said in an interview with Tony Schiavone that he views this match as a way to get ready for the TNT Championship match against the Murderhawk Monster Lance Archer. We will see these two guys step into a ring for the first time in just a few short hours.

Lance Archer and QT Marshall will face off tonight. Last week we saw Archer pinning the other half of the Natural Nightmares. Tonight we will see if Archer can defeat another member of the Nightmare Family in preparation for Double or Nothing on May 23.

Get the latest AEW news and results delivered via email.

Get the latest AEW news and results delivered via email.